Home > About the University

OMSK has a lot to be proud of… 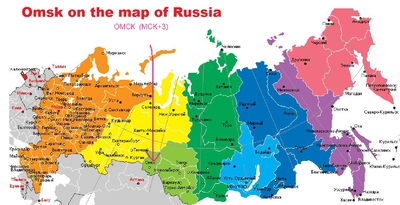 At the end of the 1860s, Omsk fortress was an administrative center of Western Siberia. In 1782, Omsk was granted town status. In 1785, Omsk was presented with its coat of arms. In 1822, Omsk became an administrative capital of Western Siberia. During the Imperial era, Omsk was the seat of the Governor-General of Western Siberia.
The history of settlement and development of the Irtysh area first of all is connected with legendary Yermak, though even before him, already in the fifteenth century, Russian trade visitors from the Cis-Ural Region visited the Siberian Khanate. The raid of a small Cossack detachment under the leadership of Yermak to the lands of Khan Kuchum in 1581 marked the beginning of an unprecedented fast process of Russian Siberia settlement, the movement of "towards the Sun."
After Kuchum's defeat, in 1582-1585, Yermak made several trips to southern Siberia, and reached the borders of the today's Omsk Region in 1584-1585.
During the whole seventeenth century, expanding Russian frontier to the West, Cossack detachments had to be at constant war with numerous nomads who were stealing and marauding. At that time the vast Irtysh Steppes were practically uninhabited and there were only two Russian towns -Tobolsk and Tara. Governors of Tara asked the tsar many times to allow them to build a new gaol up the Irtysh near the mouth of the Om. The tsar gave his permission to build a new gaol, but, for various reasons, it was not built until the beginning of the eighteenth century. 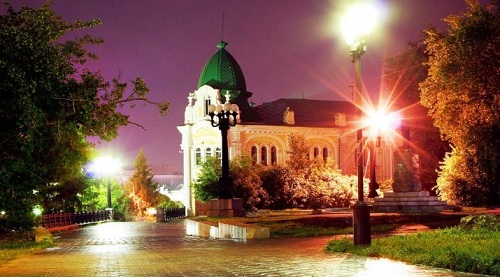 Only under Peter the Great, who placed great importance on exploring new lands and trade routes to China and India through Siberia, the construction of the new gaol began. In summer 1715, the military expedition of 57 vessels under the command of Lieutenant Colonel Ivan Buchholz started from Tobolsk up the Irtysh River. Almost three thousand people took part in that expedition. In autumn, Buchholz’ expeditionary unit was attacked by the army of ten thousand nomads and was under siege for four months. Only in spring 700 warriors survived managed to break out of the siege and reach the mouth of the Om River. And in summer 1716, they founded a fortress there which afterwards was developed into the City of Omsk.
The fortress was constructed in a short time by autumn 1716. In the spring 1717, the garrison with Cossacks arrived at the fortress. Initially, the residents of the fortress were soldiers, Cossacks and officers. The significance of Omsk fortress was not duly evaluated by Peter the Great and he gave the order to disestablish it. But due to his death in 1725 that did not happen. Omsk fortress soon became principal in fortifications of the Irtysh Land.
The first civil population appeared in Omsk fortress in 1730s, they formed here Lugovsk and Omsk quarters. Besides peasants, traders and convicts began to arrive at the fortress. Convict women were of greater interest, they were examined by governors and those who were under 40 were sent to Omsk fortress. That was a measure to solve a shortage of women. The majority of Omsk settlers were sent to crown arable lands and others carried out construction and earth works, served as coachmen, delivered cargoes down the Irtysh River. On the left bank of the River opposite Omsk fortress the Elizabethan light tower, a checkpoint for observation over “the Steppes”, was constructed. It was a trading place where merchants from Tara, Tobolsk and Tyumen came because there were no merchants in Omsk. The Kazakhs and Kalmyks used to drive horses, sheep, cattle to Omsk and received cotton and woolen fabrics, items of cast iron and iron, kitchenware, clothes and furs from merchants.
At the end of 1760s, Omsk fortress became the official administrative center of Western Siberia. For strategic reasons it was decided to relocate the fortress on the right bank of the Om River. A new fortress was constructed according to all rules of military engineering. A brick fortress had the form of a polygon with five bastions, a strong earthwork and a dry moat. Within the fortress there were the general's and commandant’s residencies, a chancellery, grain barns, officers’ houses and soldiers’ barracks. There were also a school, a hotel, the commandant’s office and the Resurrection Cathedral, the first stone building. 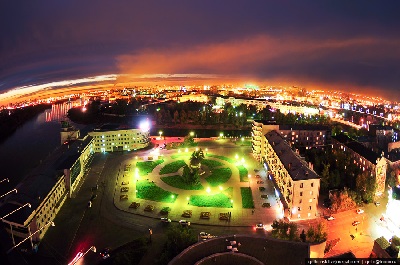